90 capsules
Skip to the end of the images gallery 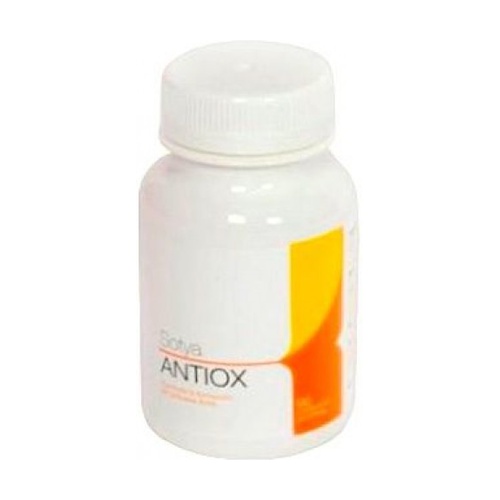 Sotya's Antiox is a supplement that helps delay aging as well as this degenerative process.

Properties and benefits of SotyaAntiox

Oxidative stress is considered the main non-pathological factor that causes the degeneration of the body's physiological functions. Antiox stands out for its properties as a cell protector. Its 3 active ingredients are known for their antioxidant power. Coenzyme Q10, in addition to a powerful antioxidant. It is also used successfully in chronic fatigue syndrome and to improve athletic performance. Dismutase Superoxide (SOD) is an enzyme that acts as a cellular and extracellular antioxidant. The effect of SOD has been tested in the laboratory in degenerative diseases such as muscular atrophy, cataracts, forgetfulness, hair loss, Alzheimer's and arthritis. It has also been shown to decrease the side effects of radiation therapy for malignancies. Alpha Lipoic Acid (ALA), also known as thioctic acid or lipoic acid, is structurally a fatty acid that contains 2 sulfur atoms. It is found naturally in the body where it participates in biochemical energy production processes. The body's ability to synthesize this fatty acid is very limited and insufficient therapeutically speaking, which is why its intake is usually recommended in the form of supplements. It is called "natural antioxidant" and its action occurs at three levels: through a direct antioxidant effect, destroying free radicals; indirectly, it recycles other antioxidants that have been destroyed by free radicals. And third, it increases cellular synthesis of glutathione, which is the largest endogenous antioxidant produced by cells.