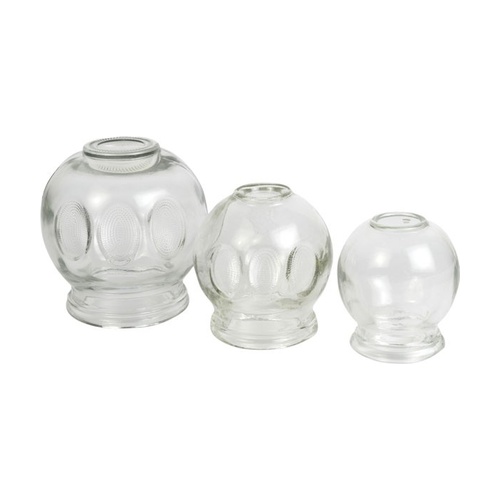 Kit of glass suction pads with fingerprints to facilitate the taking with thick edge in the opening. It is possible to place the suction cup with the opening upwards thanks to its flattening in the head. The Kit brings 3 suction cups with the following dimensions: 3cm; 4cm; 5.5cm.