100 g
Skip to the end of the images gallery 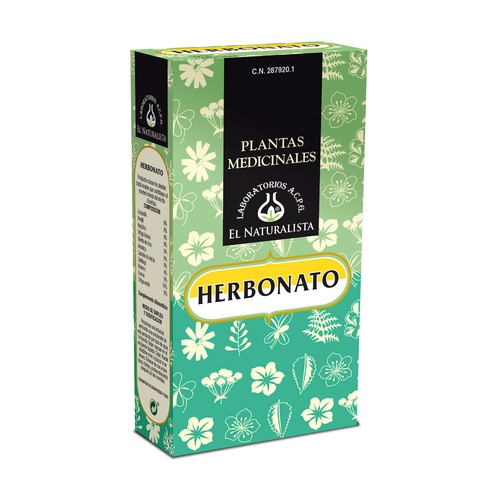 El Naturalista Herbonate is a supplement based on traditional plants that contributes to the maintenance of the diuretic effect.

Properties and benefits of Herbonate

The Lycopene plant is used as a diuretic for its stimulating action on the ureters. The same use has been given to parsley leaves. These also have an important emmenagogue action.

The root of Angelica is also used as a diuretic and highlights its stimulating action on the secretion of gastric juices, thereby toning the stomach.

The White Nettle plant is used as an infusion as a tonic and astringent. The bitter substances of the Dandelion constitute an excellent tonic and a slight purgative. Its use as a diuretic and depurative is also very widespread.

Horse Chestnut, due to its esculin content, exerts a powerful action on the venous system and on blood circulation in general.

The Goldenrod is a diuretic plant.

Rosemary is slightly diuretic. This last action is also characteristic of the rhizome of Grama and Green Nettle.

Boiling is recommended. Let stand in the covered container, until tempered. Strain. Honey or sugar can be added if desired. Take preferably after meals.