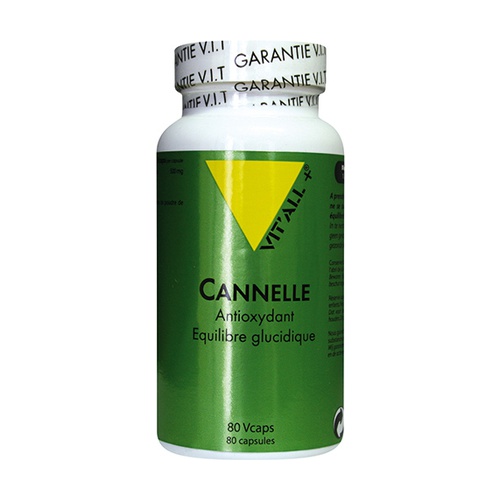 80 vegetable capsules
Skip to the end of the images gallery

Skip to the beginning of the images gallery
SKU: LP-0066943
B32HFTTQ4B3
Store review (4.70 / 5) EXCELLENT
Cinnamon 500mg from Vitall + is a food supplement which guarantees stable dosage of cinnamon and a concentration of active ingredients 5 times greater than plant powder.
View description
$21.20
Will be in stock soon
Store review (4.70 / 5) EXCELLENT

Cinnamon 500mg from Vitall + is a food supplement which guarantees stable dosage of cinnamon and a concentration of active ingredients 5 times greater than plant powder.

Properties and benefits of Cinnamon 500mg

Ceylon Cinnamon is a brown spice from India, obtained from the bark of Cinnamon. It is particularly rich in antioxidants and traditionally used to promote carbohydrate balance and digestive comfort. Each vegetable capsule corresponds to 2.5 grams of cinnamon powder.

How to take Cinnamon 500mg?

It is advisable to take during the meal.