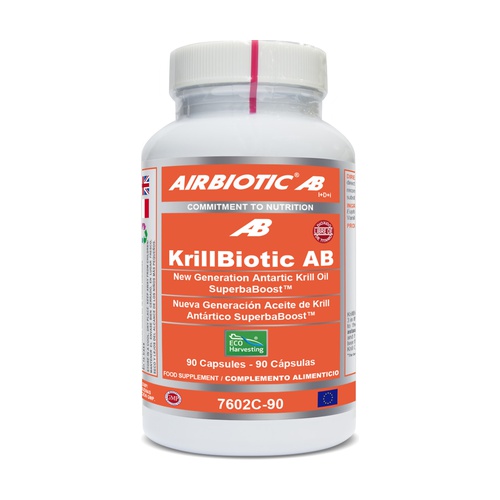 Properties and benefits of Krillbiotic AB

In krill oil, omega 3s are primarily associated with phospholipids, rather than triglycerides as in fish oil. This makes omega 3s better absorbed and used, in addition to making the product more digestible and free of digestive discomforts such as reflux and a fishy aftertaste. Krillbiotic is a state-of-the-art krill oil that through a new technological system allows to obtain a krill oil with higher levels of omega 3, phospholipids and choline, obtaining a much more concentrated product than standard krill oil. This process also improves the color and smell of the oil. Eco-Harvesting®: Krillbiotic is a sustainable product, collected using an exclusive system that prevents the capture of other species and that keeps the krill alive until processing, thus preventing its deterioration and oxidation, thus preserving all the properties of the oil.

How to take Krillbiotic AB?

It is recommended to take with a meal.