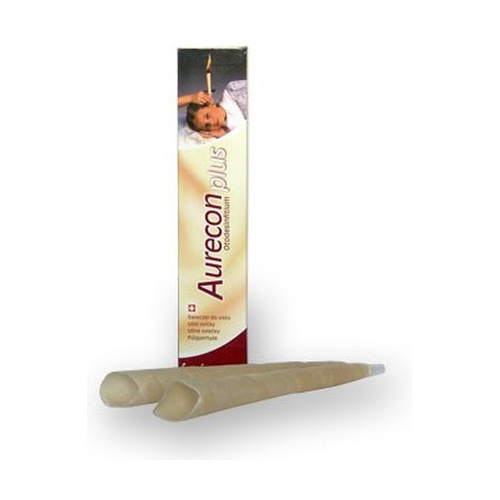 Skip to the beginning of the images gallery
SKU: LP-0000086
BY55X7CY8RX
Store review (4.70 / 5) EXCELLENT
Aur27n Plus Aur27n cones are atrial candles that clean the ear canal, equalize pressure in the head and ear (very useful in station cam1s and after traveling by plane) and regulate the production of ear wax, help us get rid of of excess earwax.
View description

Aur27n Plus Aur27n cones are atrial candles that clean the ear canal, equalize pressure in the head and ear (very useful in station cam1s and after traveling by plane) and regulate the production of ear wax, help us get rid of of excess earwax.

Properties and benefits of Aurecon Plus Cones

The external auditory canal is continuously filled with earwax. Excess wax (wax) can be the cause of many annoyances, such as ringing (tinnitus), hissing, noise, an imbalance of pressure in the ear, and plugs in the ears. When earwax hardens, auditory perception decreases. As a consequence of poor hygiene using improper methods, earwax is often pushed further and further into the ear. Earwax can be easily cleaned with the help of the Aur27n plus® ear cone. These cones are cotton tubes impregnated with a mixture of beeswax and paraffin.

The heat created by the burning cone softens the accumulated earwax and the resulting pressure is extracted through a chimney effect. At the same time, the pressure in the entire area of the head and neck is balanced through the Eustachian tube. After the cone is lit, the smoke accumulates inside the cone, which draws the smoke down into the ear, thus helping the transport of active substances in the auditory system. The heat from the cone warms up the ear's micro-system and stimulates the reflection areas, thereby helping to alleviate ailments related to colds. At the same time, it also improves the cleaning effect of the lymphatic drainage of the ear.

The Aur27n plus® ear cone may have beneficial effects for treating the symptoms of earaches, for mild inflammation of the middle ear, itching of the ear, buzzing, pressure in the ears and head. The Aur27n plus® ear cone should only be used once. Do not relight the cone, even if only part of it has been used. Cones only work efficiently if they are used in their original condition and well protected. For safety reasons, the Aur27n plastic protection system has been integrated into the ear cone. This plastic part increases safety and efficiency. The Aur27n protection system makes it impossible for any foreign object to fall into the ears. Aur27n, certifies compliance with the safety requirements established by Directive 93/42 EEC on medical devices of the European Union.

How to apply Aurecon Plus Cones?

It is recommended to follow the following intuitions: Place the protective disk on the cone and turn on the cone at the widest end. Lay the head horizontally and gently insert the narrowest end of the cone into the ear holding it by hand and holding it upright. Make sure the cone is in the correct position. As soon as 2/3 of the cone has burned, this point should always be above the firewall protection ring, remove it and turn it off in a glass of water previously prepared. Burning the cone takes approximately 5-7 minutes. As a result of our research, the optimal length of the Aur27n plus® ear cone is set to 20 cm ± 10% and the diameter at the top end is set to 20 mm. The most balanced and efficient burning is achieved with these dimensions.

It is not recommended to use it in cases of perforation of the eardrum or in cases of allergy to any of the ingredients. In case of any ear pathology or the persistence of earwax, please consult a doctor before use.

Composition of Aurecon Plus Cones